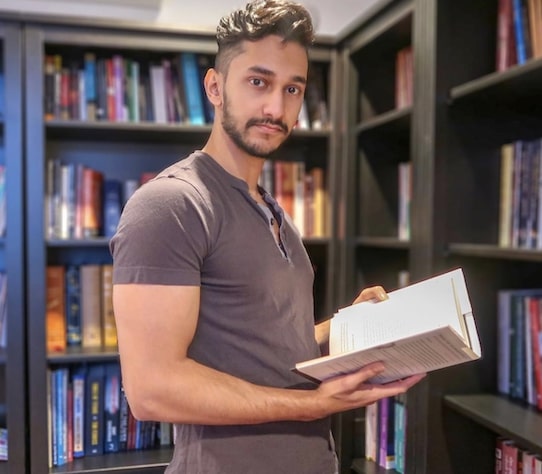 Per his recent YouTube ad, Quazi Johir says he went from making five grand a month to a hundred and fifty grand. Just by changing his identity. He didn’t change a single thing in his business. He swears. For instance, he was making YouTube videos when he was doing five K a month and he still does them now, at a hundred and fifty K. The difference? About thirty times more conviction. Skeptical? Same. It can’t be that simple, right? Let’s find out. Read on for my Reality Mastery Program review.

If you’re an online business owner, if you’re a coach, a consultant, an agency owner, if you have your own ecommerce business, what Quazi has learned will be extremely valuable to you. Especially if you have been stuck at the same income for a while. Maybe you’ve bought other courses or coaching programs and they haven’t worked for you. Quazi has the key that unlocks that next level.

It has nothing to do with your sales funnel. Or figuring out the next hot platform to run your ads on. Or using the latest four step closing script. Or any of that. Rather, it has everything to do with changing your identity from your very core. Until you do that, tactics and strategies don’t matter. Who you function as influences your beliefs; that affects your emotions and thoughts; which in turn dictate your actions. All of the above produces your results.

So how do you change your identity? Step one, Quazi says, is having your emotional clarity line up with your intellectual clarity. Most people know roughly what they want. But they don’t feel it. To fix this, ask yourself what, why, and who. What do you want? Why do you want it? Who do you need to become to achieve it? This will get your vision truly dialed in.

Step two is to “assume and ground.” Assume you already are the person you need to be to get the results you want. Now look for proof, or else that belief will never stick. You’re grounding your assumption with evidence. Step three is to lean on faith, not belief. With faith, you let go. You open your mind to what could be. Belief is based on facts, which may not support your goal. Faith is what you need. Step four is to raise your internal “floor and ceiling.” Your standards. Stop settling.

Step five is to eliminate importance and envision failure. Release yourself from the pressure of achieving the desired result. You’ll start playing to win instead of not to lose. That’s Quazi Johir’s mile-high overview of how to change your identity. The first domino you need to tip over to produce the results you want and not go backwards once you do. Watch as the right opportunities, relationships, mentors, tactics, and strategies start to present themselves.

Serious entrepreneurs who want Quazi’s personal guidance with all of this should book a call with his team. He does not mention how much his Reality Creator Mastery Program costs. Based on his monthly revenue, I’m guessing it’s not cheap. Throughout his presentation, Quazi did show a fair number of student testimonials. I was impressed with everything I saw and heard. And I’m usually the biggest cynic about all this “mindset stuff.” So, well done, Quazi.