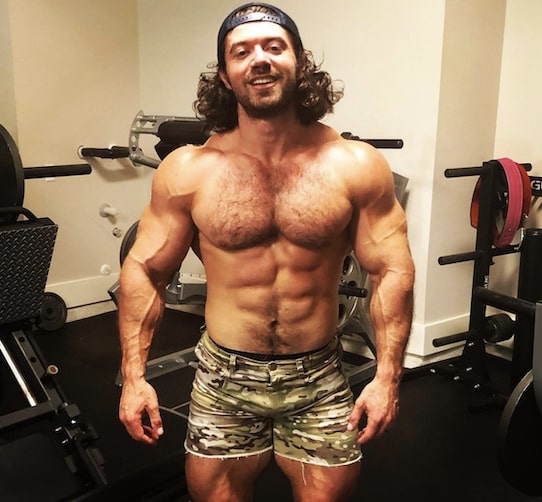 Alex Hormozi has an epic mustache, massive muscles, and piles of money. Before I reveal his net worth, here are the beliefs and habits that got him there. First is that information is the number one thing to invest in. That’s because information is the only thing that buys you time. Everyone wants to go faster; few spend money to figure out how. In the early days of Gym Launch, Alex spent every dime he made on acquiring new skills. Books, courses, coaching, consults, masterminds, the usual.

Second is that everyone needs four to five uninterrupted hours per day. Alex gets his by waking up incredibly early. Three AM sometimes. Between then and seven, eight o’clock in the morning is when he scaled Gym Launch. Third is talent stacking. Say you’re good at math. Good. But you can’t monetize that. Go learn accounting. Now you can. Now go learn tax strategies. Your value just went up even more. Go learn fundraising. Boom. You’re worth millions.

It’s a hockey stick on the ole income graph. In the beginning, you don’t make anything. Then it starts to go up a little. Then, if you do these things, it shoots up exponentially. If that’s not what you’re seeing, say your earnings have plateaued, then the next thing is ownership. Stop blaming outside factors, look in the mirror, ask yourself which talent you’re lacking. Then go get it. Repeat.

“You’re a hundred percent responsible for the income level that you have,” Alex rants, “and if you’re dissatisfied with it it’s ’cause you’re just not that valuable.” The first step to becoming more valuable is to admit you have a deficit. If you have an ego about it, you’ll be incapable of leveling up. Anyone who is hitting their head on some invisible ceiling is probably too proud to admit they’re not good enough. Or that they could be better.

Alex is also adamant about not outsourcing anything for as long as you possibly can. How can you manage a team if they know more about what you’re having them do than you do? Today, Alex has an entire team of marketing experts. But he’s better than all of them. So he knows when they’re not pulling their weight, when their ad costs are creeping up too high, when they need to tweak a campaign to get it to pop.

To build your company to a hundred million dollar valuation, you need to become annoyingly good at what you do. Your one thing. So good that people come to you, asking to pay you. Based on how others have raved about you. Until that happens, stay focused, keep improving that one offer. Don’t go jump to the next opportunity. “The biggest fallacy as an entrepreneur is that you need more things to make more money,” Alex says. But really it’s the opposite.

You need less things to make more money. And it’s the only way you’ll make more money, is when you do less. So that you can get better and dig deeper. Remember, your competitors are also scatterbrained. They too are being tempted by shiny stuff that comes across their newsfeeds. Let them chase it while you double down on your one thing. That’s how you get ahead. Advice we should all appreciate considering it took Alex to a hundred and twenty-one million in sales by age thirty-one. He doesn’t specify his exact net worth, but calls it “ultra high.”